Your Quality Choice for

To The Pointe Dance Company is located at Granite Crossing, approximately 2 miles from I-85. Our facility features three spacious dance studios, with suspended floors, professional sound system, ballet barres & mirrors, as well as a separate tumbling area with a regulation size gymnastics spring floor and 30 foot tumble trak. Our large lobby area is for parents and students to wait between classes. Cable TV and wireless internet are provided. Our Dance Wear Store is conveniently located onsite.

We opened for business in August of 2004 in the Arts District of Downtown Salisbury, offering Dance and Acrobatics classes. Several years later, we expanded with a new tumbling area, adding Tumbling classes to our class schedule. In late 2018, we expanded our program and facility offerings yet again, when we moved into our current location at Granite Crossing. 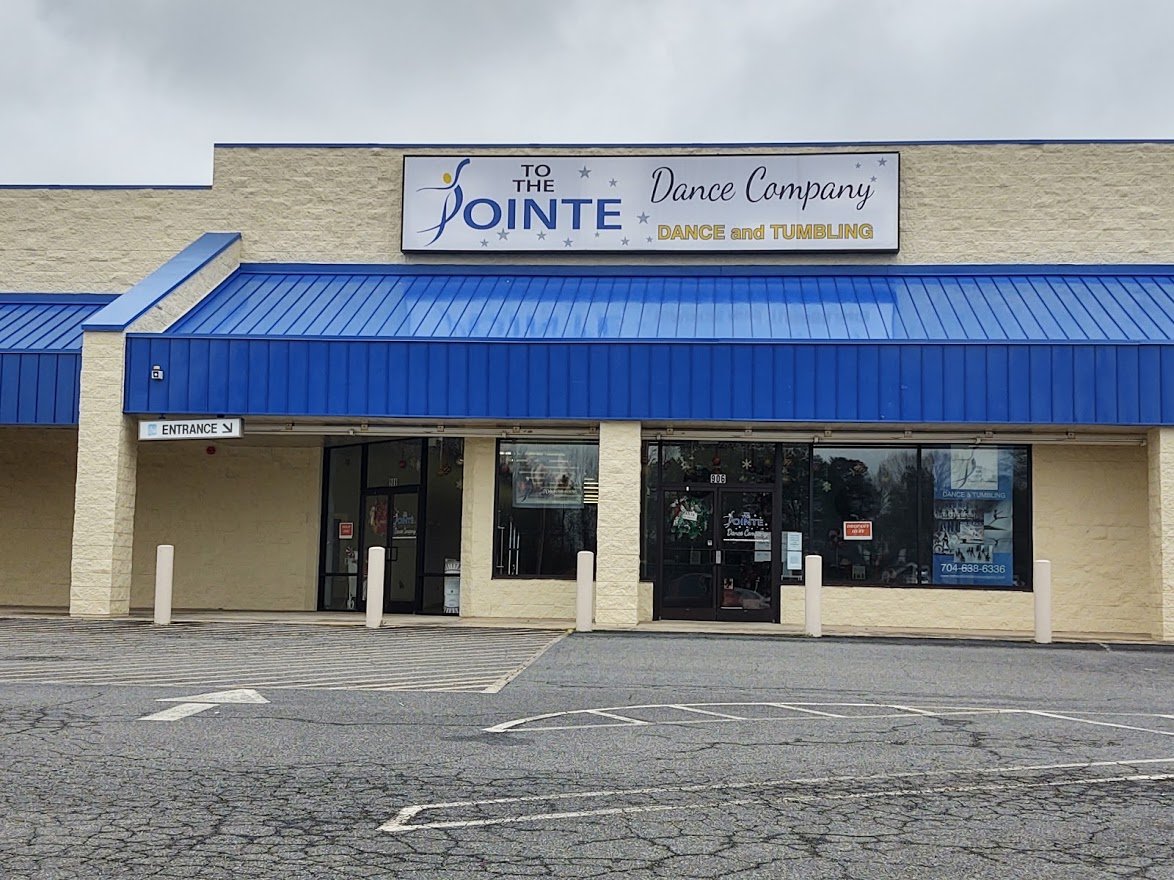 To the Pointe Staff 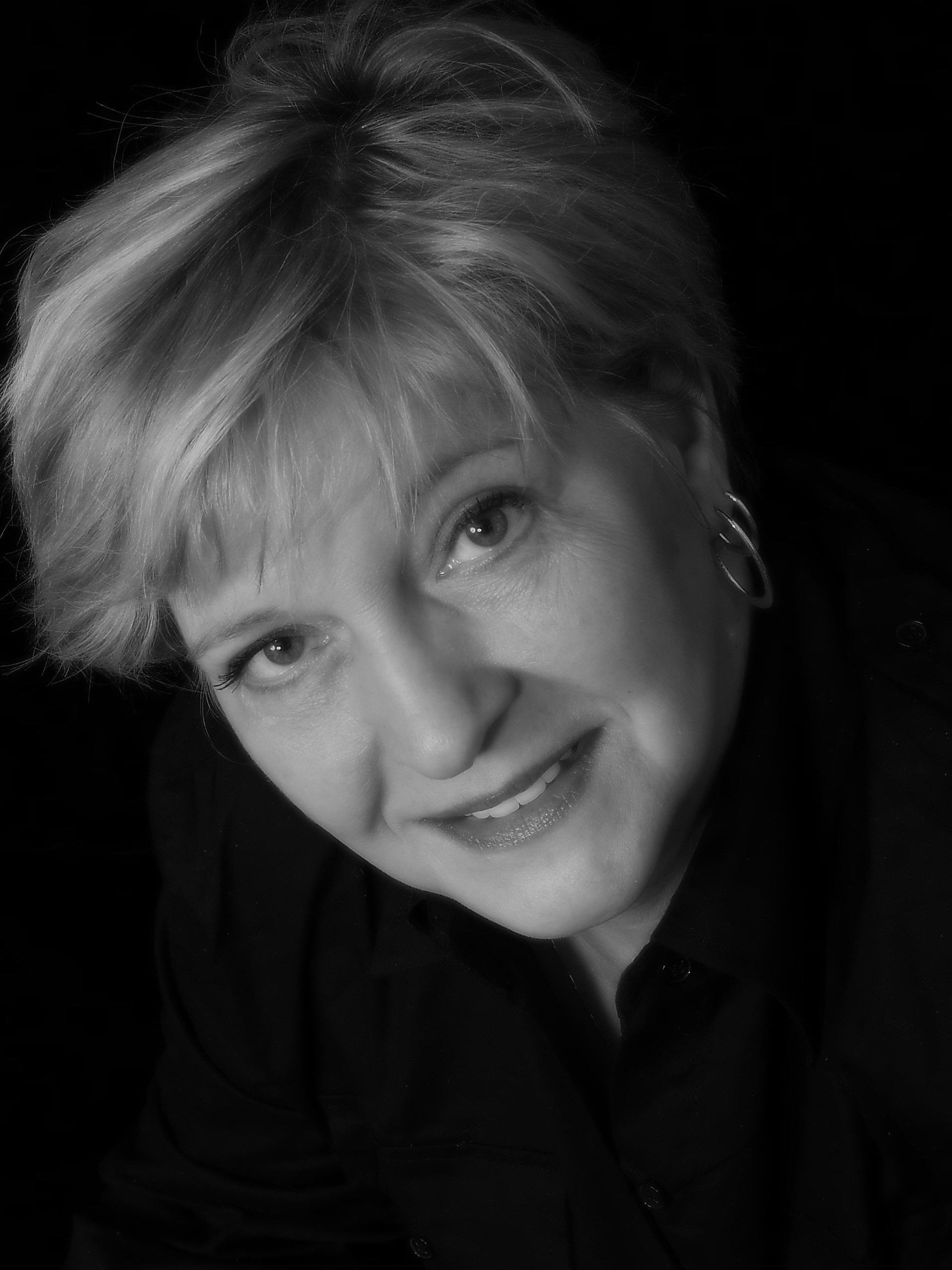 Deanie is a graduate of Appalachian State University with a BS degree in Accounting.   She has worked in various accounting positions during her career.  She currently is employed by Makson Inc as their Controller.   She has operated her own Accounting & Consulting business for over 20 years.  Deanie is married to Kyle and they have two children, Dana & Matthew, and two grandchildren, Kyle and Dalton. 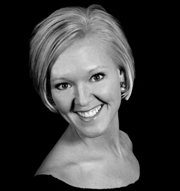 
Dana is a former member of the American Spirit Dance Company, and has been with To The Pointe Dance Company since it’s opening in 2004. She has studied dance locally and nationally since 1984, including Broadway Dance Center in NYC. Dana is a graduate of UNC-Charlotte with a BA in Dance. She is a licensed Zumba instructor & certified in Pilates. She attended Oklahoma City University for two years as a Dance Performance major, on both dance and academic scholarships, and was a Pep Dancer for the OCU Chiefs. Dana’s local honors include Miss Rowan County, Miss Cabarrus County Dancer and Senior Miss Dance America. She has performed at venues in New York City, Miami, Atlanta, South Carolina & Oklahoma City, among others. Dana has also taken classes from Savion Glover, Stepp Stewart, Mandy Moore, Lyn Cramer, Jo Rowan, Mike Minery, Gil Stroming and Ray Leeper, just to name a few. Dana graduated 4th in her class at East Rowan High School, where she choreographed for many school productions. She has coached dance teams at two local high schools, and has also worked with high school color guard teams. Dana has competed on a local and national level for more than 12 years, and consistently received Regional & National Awards, including several Overall titles. Dana was an extra in George Clooney’s movie Leatherheads, has performed with the Piedmont Players as June in Chicago & as Texas in Cabaret. Dana has been teaching dance for over 20 years, both locally and while a student in Oklahoma. Her choreography consistently places in Overalls at competition, where she has received Teacher Awards as well as Judges Awards. Several of Dana’s students have gone on to pursue careers in dance, entertainment & dance educations. Dana is the mother of a daughter, Kyle. 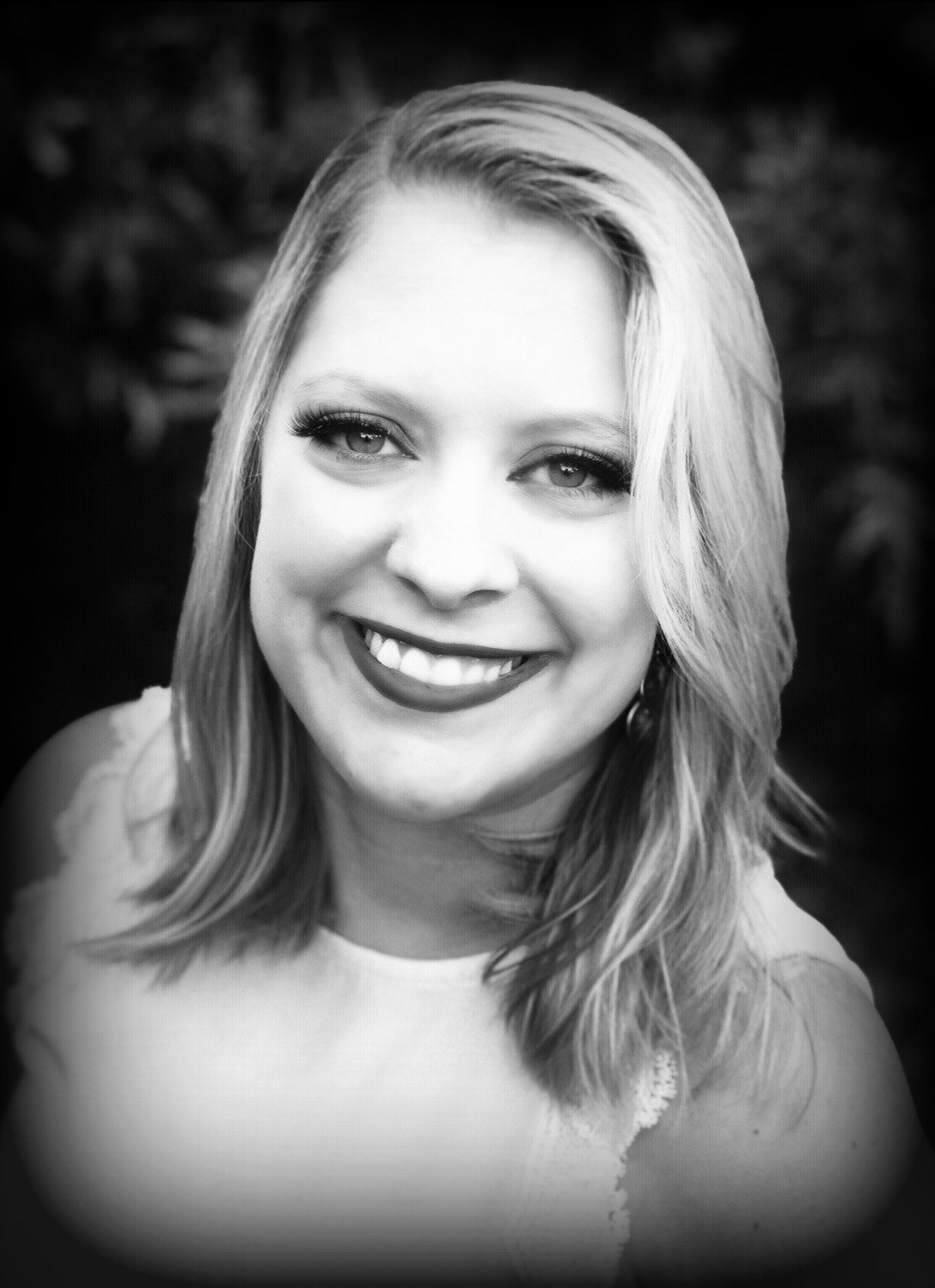 
Chasity began dancing before the age of 2.  Her dance studies have included ballet, jazz, tap, lyrical, hip hop & musical theatre.  Chasity danced competitively for 12 years.  During her 12 years of competitive dance, Chasity was recognized regionally and nationally for top overall awards.  She was the 1st Overall National Soloist her Senior year for her Musical Theatre piece at Star Systems National Talent Competition.  Throughout her competitive dance training, Chasity had the opportunity to perform at Walt Disney World & on Carnival Cruise Lines with her teams.  Chasity was an Assistant Dance Teacher throughout high school and became a Lead Instructor while in college.  Chasity’s choreography has received numerous Entertainment & Top Teacher awards as well as consistently scoring in Overall placements.  Chasity is a graduate of Pfeiffer University where she received her Bachelors of Science in Nursing.  Chasity is currently a nurse for Levine’s Children’s-University Pediatrics.  Teaching children to dance & putting their dreams in the spotlight is a true passion of Chasity’s & she is so excited to be joining the To The Pointe Dance Family! 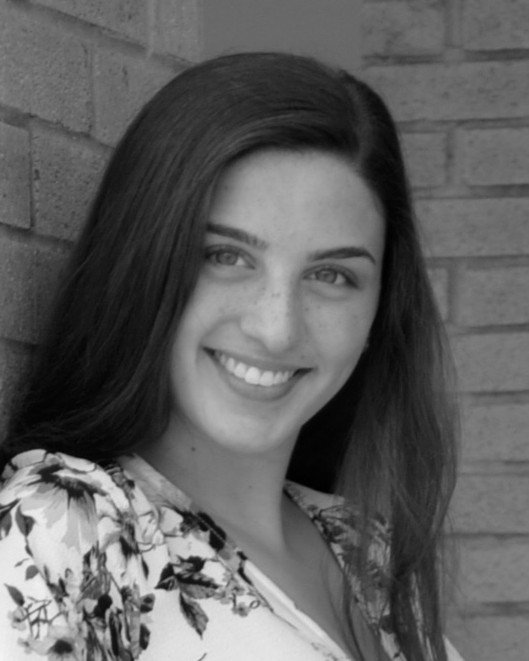 
Destiny started dance at age six & competed regionally & nationally for seven years.  She has danced & assisted at studios across Cabarrus County, has worked & studies in various styles of dance, in addition to having experience in gymnastics & acrobatics.  Destiny has won several dance scholarships including a Broadway Bound scholarship for a dance intensive in New York.  She is a graduate of Concord High School & their International Baccalaureate program, where she participated in many clubs and honor societies, as well as being class Vice President her Senior year.  Throughout her four years at Concord HS, she was a Varsity Cheerleader & Cheer Captain her Senior year.  She is now earning a business degree at the University of North Carolina at Charlotte.  Destiny is very passionate about dance & teaching. 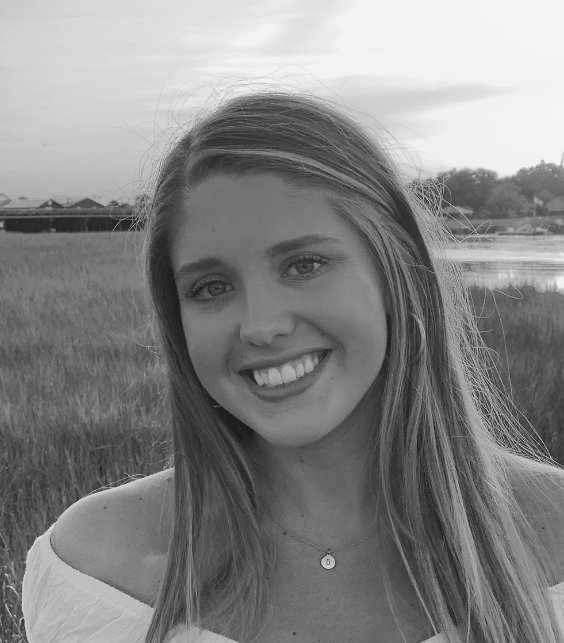 Mackenzie started dancing before the age of 2 and started competition dance by age 4. She grew up surrounded by dance, having both her mom & aunt as her dance teachers. She was involved in competition dance for 16 years and was trained in Acro, Jazz, Lyrical, Tap, Hip Hop, Tumbling, and Ballet. Since graduating from West Rowan High School in 2016, Mackenzie was on UNC-Charlotte’s Dance Team for 2 years and competed at Nationals in Daytona both years. During her time on the dance team, Mackenzie performed at Football games as well as at Men’s and Women’s Basketball games. Mackenzie has been teaching both recreational and competitive dance for 6 years and really enjoys teaching Acro and Hip Hop. Mackenzie is looking forward to having the opportunity to teach and encourage every student’s passion for dance. She is so excited to be a part of the To the Pointe Dance Family.


Matt is a graduate of Appalachian State University with a BS in Food System Management and a minor in Business.   He is employed at Makson Inc.   During college Matt ran cross country for Lees McRae College.  Prior to college he ran track and pole vaulted for East Rowan High School.   During high school and middle school Matt trained extensively on a gymnastics team in Charlotte.  He is the 1996 NC level 6 Champion.  He has a love of tumbling and the rings in gymnastics.  He is an avid snow boarder and has competed in numerous snow boarding competitions at Beech Mountain.   He credits his tumbling training with helping him to train for the snow board competitions.  Matt strongly believes that tumbling is an excellent building block for students because it builds discipline and dedication.   These are essential in preparing youth for life challenges.  Matt is the proud father of a son, Dalton.


Corbyn is one of our To The Pointe Dance Company graduates.   She danced at TTPDC for 9 years and was on the competition team for 8 years.  Miss Corbyn was a member of the UNCC dance team the “Gold Dusters”.   She has performed at football games, men’s & women’s basketball games, and other various college functions.   Corbyn has performed & competed both regionally & nationally & has received various top first place awards as well as winning in the overalls.   She cheered at East Rowan High School on the varsity team for 4 years and competed all 4 years, as well.    Corbyn was Captain of the team her senior year.   She was awarded All-Rowan County Cheerleader and cheerleader of the year two years in a row and was also named All-Region cheerleader.    Miss Corbyn teaches various classes at To The Pointe.   Miss Corbyn’s choreography has won top awards and is consistently in the overall awards.  She is very excited to be teaching at To The Pointe.   To The Pointe is honored to have Miss Corbyn join our staff.

For Employment Opportunities, Please send your resume to: